It was a packed weekend of action and performances for a number of Welsh athletes. From Cardiff to Belfast, a round up of performances are below.

A strong team of 28 athletes took a short flight over to Belfast to race in the 4th fixture of the British Athletics Criss Challenge, which incorporate the Home Countries International and the World Athletics Cross Country Tour. Attracting athletes such as Helen Oberi, the competition was strong, but the Welsh Team, with a mixture of experienced and debuting athletes performed honourably.

Results are as follows: 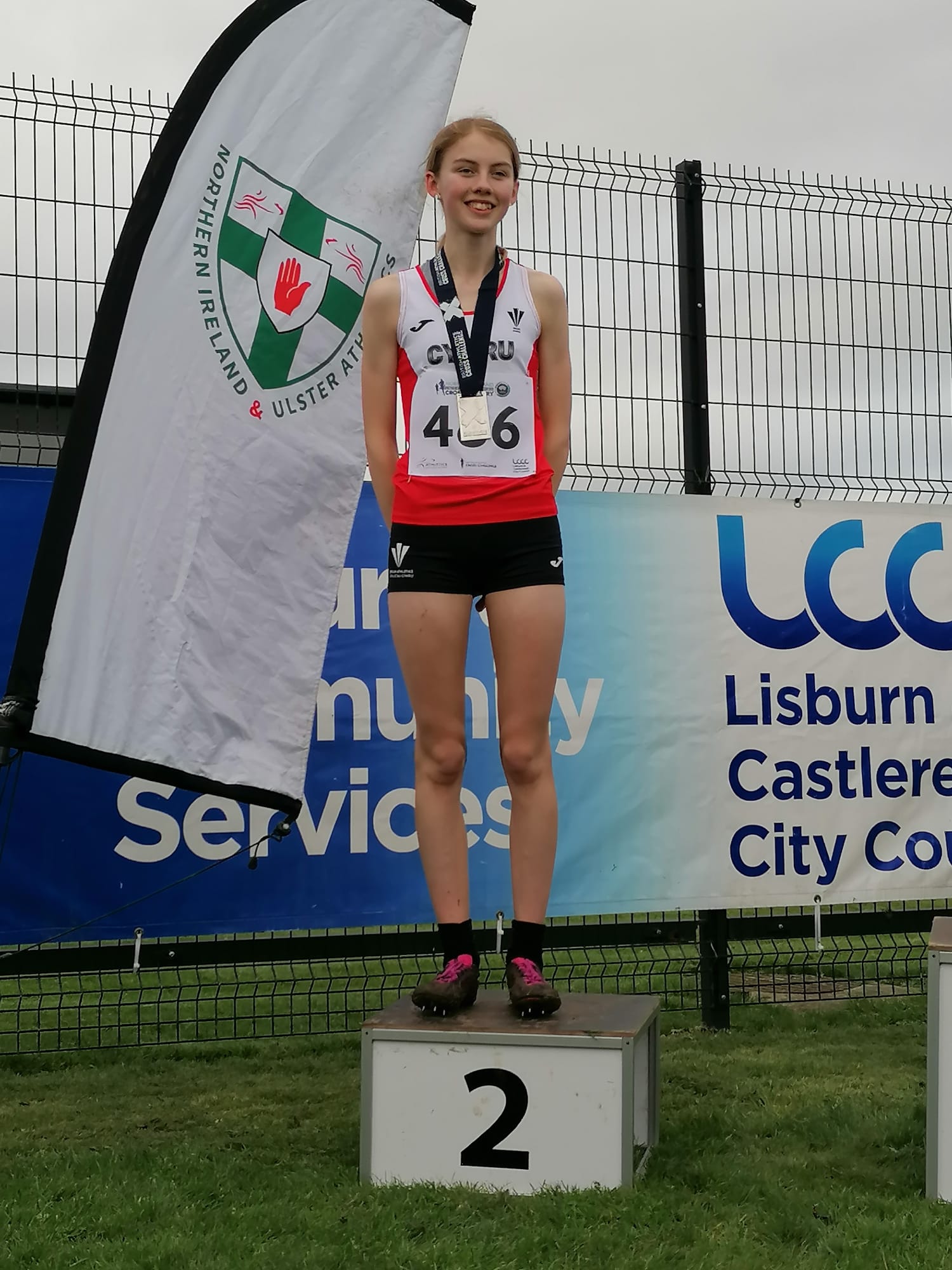 Beca Haf Bown on the podium

A little closer to home, the Speedway 10km, held in Chepstow, attracted a number of Welsh athletes. Known for its fast course and good competition, the event once again produced the goods, with 11 athletes running under 30 minutes.

Josh Griffiths (Swansea) had the strongest run finishing a close second place in a time of 29:14, in his last race before taking on Seville Marathon. Close behind, Dan Nash (Cardiff) had another great run, finishing 4th in a time 29:27.

Other athletes in the top 20 were:

Over in Manchester, the first leg of the World Indoor Tour kicked off with a bang. Jeremiah Azu (Cardiff) bagged himself a World Indoor Standard and a personal best over 60m, stopping the clock in 6.60i. This sets him up nicely for the DNA event in Glasgow in 2 weeks time.

Not to be outshone, Osian Perrin (Menai) once again showed he was one of Europe’s top u20 3000m Indoor runners, moving himself up to 3rd all time on the record lists. With an outstanding last 400m, he moved through the field to finish 4th in a time of 7:54.41. Another British u20 indoor record and personal best too.

Piers Copeland (Pontypridd) again showed his class, moving away from the field over the latter stages of the mens 1500m, crossing the line first in a time of 3:42.14. In the same race, James Heneghan (Cardiff) ran a time of 3:45.90 and finished in 7th place.

The Womens 3,000m was another high calibra race, featuring the 2021 European Cross Country Silver medalist, Meraf Bahta. After a steady first 2,000m, the last kilometre was all to play for. Jenny Nesbitt (Cardiff) finished strongly, placing 4th in 8:54.99.

After the success of the Christmas Classic, Cardiff Met once again hosted a fantastic indoor meet. Highlight includsa: