You are in: Home > News > Bank Holiday Weekend Round-Up

It’s been a strange year with no races taking place, that said it has also given rise to many an FKT (Fastest Known Time) opportunities on a multitude of routes. One of the most challenging of course if the Paddy Buckley round. For those of you who may not be aware of this challenge, it is one of three rounds in Britain, the other two are Bob Graham (England) and Ramsey (Scotland). Paddy Buckley is over 63 miles (100km), reaches 47 peaks and is considered the toughest of the three rounds.

The current record for the route was set a year ago by Ultra runner Damian Hall in a time of 17 hours and 31 minutes. Many runners thought this was a good time but not impossible to beat by maybe a few minutes. Math decided to take on this challenge yesterday (Sunday, 30th of August) by thoroughly planning and assembling a team of support runners for the five legs including several from the Eryri Harriers club - John Rowley, Matt Fortes, Gwyn Owen, Gavin Roberts, Jonnie Moore and 'yours truly'!

With fine weather and everyone in good spirits, the expectation was that breaking the record was definitely possible; however, the team had not foreseen how significant the result would truly be. Starting at 4am from Llanberis the pace was fast from the start. Some of the support runners were starting to wonder was Math going too fast…? But he persevered, and somehow managed to get enough breath and energy to chat and share stories during the climbs! At the end of leg 4 (of 5) the rumour among the crew were that he might not just break the record but maybe even break 17 hours?! On for the final stage (which includes Snowdon), he upped the pace up again before descending the final summit, Moel Eilio and making its way through the streets of Llanberis to the finish line in a time of 16 hours and 37! The record was well & truly broken & he brought it back home to Wales! Quite an astounding success. 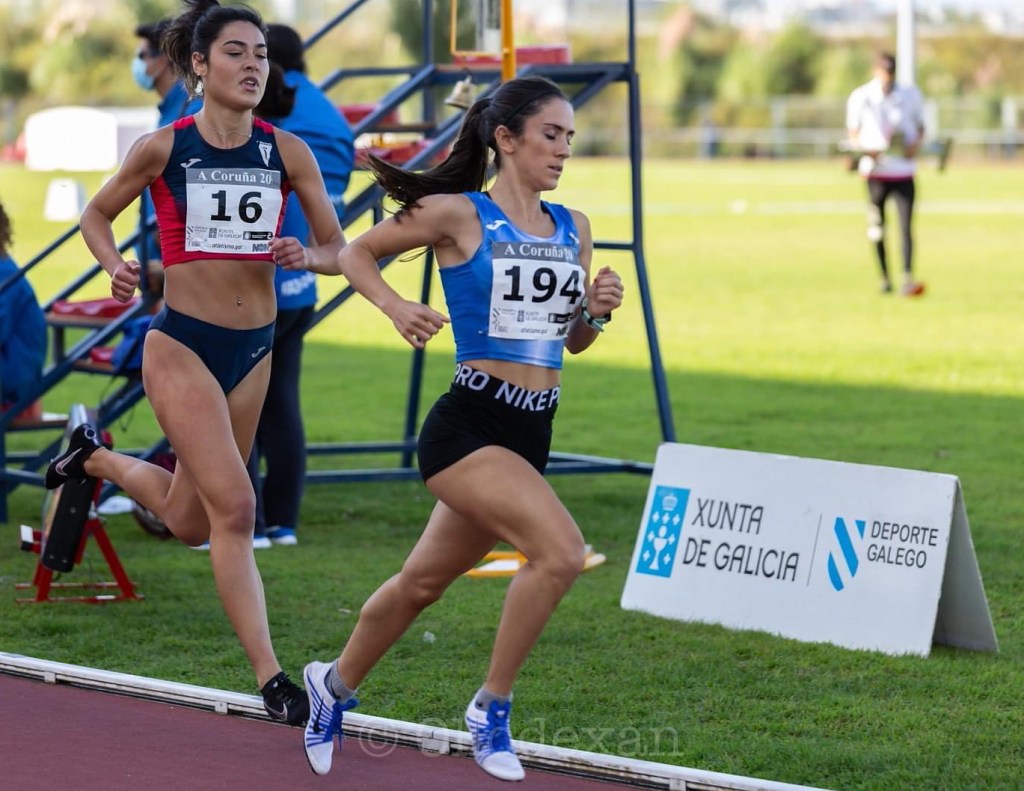 Welsh middle distance runner Angharad Davies claimed an 800m and 1500m double at the Galician Championships in Spain. She won the 800m in a PB of 2:13.02 – six-and-a-half seconds clear of her nearest rival. Later the same afternoon, running for the Marineda Atletico Club, Davies won the 1500m in 4:32.42 – another big PB and almost seven seconds ahead of runner-up Angela Gonzalez Fernandez.

On her birthday Melissa Courtney-Bryant handed herself an early birthday present as she stormed to victory in the 1500m at the Gothenburg GP to continue her excellent start to the season. Wales’ Commonwealth Games bronze medallist triumphed in 4:05.07 from Jessica Hull (4:05.47). Courtney-Bryant’s victory came just six days after she smashed her personal best for the distance at the Stockholm Diamond League meeting, and is now less than two seconds away from adding the Welsh 1500m record to her 3,000m and 5,000m national bests.

The  41-year-old Welsh record fell along with a number of other excellent individual performances. Gracie Griffiths, of Pembrokeshire Harriers, broke the Welsh Under-15 3,000m walk record of 16:08.4 in a record time of 15:53.97, set by Karen Nipper, of Roath WC, in the Netherlands in 1979. The mixed 3K race walk was won by Cardiff’s Daniel McKerlich in a big personal best of 15:15.14. The fastest 800m time of the day was clocked by Carmarthen Harrier Iestyn Williams in 1:58.51, ahead of his team-mate Liam Edwards in 1:59.28. The fastest female 800m time of the day was clocked by Swansea Harrier Jodi Beynon in 2:23.25. The fastest man of the day across over 3,000m races was Swansea Harrier Guy Smith, who clocked a time of 8:25.53.

Great results from the North Wales Virtual 5mile Championships across the mens and womens races. The fastest times of the event came from Ryan Davis running 26.36 (Wrexham) with Daniel Weston (Wrexham) having the second fastest with 27.12 and Jen Adams (Buckley) 32.23 with Rachel Shipley just (Abergele) behind in 32.30!