The streets of Llanberis we not the same last weekend, as the 2020 Snowdonia Marathon Eryri race was another event that had to be cancelled in this incredible year.

In June it was announced that the 38th edition of the legendary marathon was to be postponed as a result of the Covid-19 pandemic, however on Sunday 18th of October the organisers in conjunction with Cwmni Da TV and S4C held a relay challenge dubbed Ras y Cewri (the Race of Giants) as a number of former winners and local elite athletes raced in two teams.

Named Tim Cwellyn and Tim Gwynant, after the two prominent lakes that the races passes, went head-to-head race along the iconic route, with a member of each team running a leg of the marathon simultaneously. The course was split up into 4 sections of roughly 6.5 miles, with staff, families, runners and TV crew all observing social distancing measures, wearing a mask where necessary and enabling a Covid-safe environment.

“There aren’t many races, especially in Snowdonia, where so many people come out to watch. The crowds are fantastic, and they create a marathon atmosphere that’s second to none in Wales, I would say. There wasn’t be that atmosphere and buzz in Llanberis this year, but it’s important that we carry on celebrating the race.

“Having so many champions come together to race each other was a really interesting format and the fact that they’re running together in teams added more fuel the fire. They are all elite runners in their own right and most have represented Wales either on the mountain or the road. I was a great day to be honest.”

In addition, Sunday’s TV programme, profiled some of the 750 runners taking part in the Virtual Eryri Rhithiol challenge too, which involves running the 26.2 mile marathon distance over seven days.

As racing got underway on leg one to Pen y Gwyrd and the strength-sapping opening climb of Pen y Pass, Eryri Harrier and Welsh international Elliw Haf was quick out of the blocks as she opened up over fellow Eryri member Nia Albiston.

Elliw was showing little effect of a long lay-off after recently giving birth to son Mabon, handing over to 3-time winner Rob Samuel with a lead of over 2 mins as he went up against 2-time Eryri winner Russell Bentley.

These two athletes were looking very determined and though the gap was sizable Bentley appeared to be gaining on Samuel down the long Cwm Dyli descent. However, Rob showed his road running prowess which has seen him represent Wales on a number of occasions and passed over to Marathon Eryri legend Andrea Rowlands with over an advantage of over 4 mins.

Bentley passed on to Gemma Moore for Tim Cwellyn, the Eryri Harrier who has shown great improvement over the last couple of years, and as she set off from the Beddgelert handover it was clear that Gemma was going to be chasing Andrea hard on the tough leg through Rhyd Ddu and to the Betws Garmon changover at mile 20.

The last leg saw 2014 men’s winner Alun Vaughan take on the virtual baton from Rowlands, with the lead at now just 80 seconds, with Gemma having taken almost 3 mins out of Andrea in the 6.5 mile third leg.

Moore passed on to Welsh mountain running international Tom Roberts, who had Vaughan in his sights as the two runners ascended to final killer-climb to Waunfawr and over Bwlch y Groes, and into the finish in Llanberis. And it was here that Roberts overhauled Vaughan as the two men battled it out in Waunfawr, with Tom pulling away from Alun as they came into the streets above Llanberis, completing the route in 2 hours 46 mins 36 seconds to give Tim Cwellyn the win.

Vaughan running for Tim Gwynant chased Roberts valiantly over the closing mile but had to settle for second in 2:50:19.

The event was a great demonstration in the running community spirit in Snowdonia and the determination of a number of parties to make the event a success, not least the athletes, who in a difficult year gave their all on the day. This gives us hope as we head into the winter months, that the spirit of competition is still there and racing will return to the roads of Wales again in 2021.

The TV programme is available to watch on iPlayer for 30 days too via this link https://www.bbc.co.uk/iplayer/episode/p08v1106/marathon-eryri-2020-ras-y-cewri. 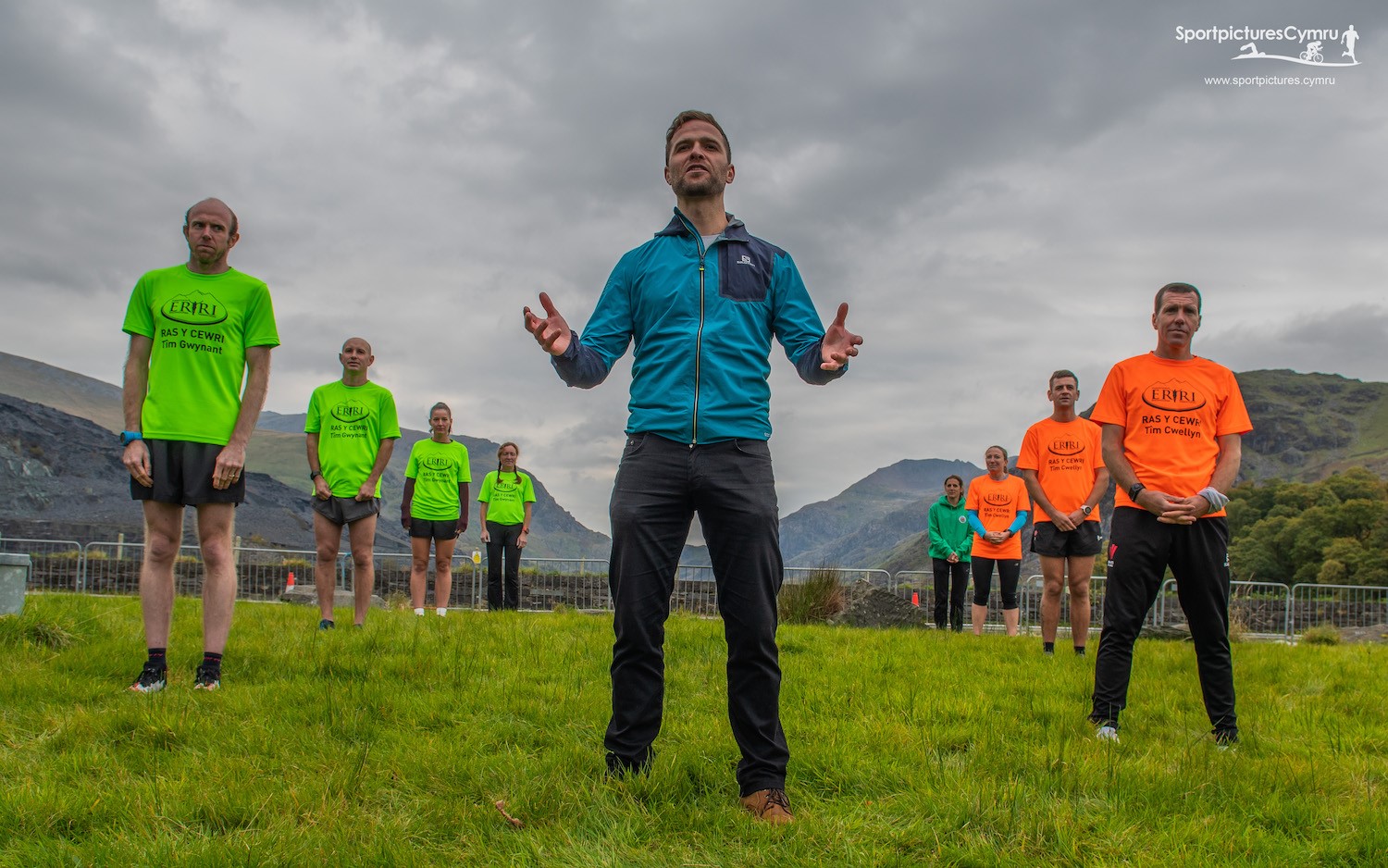 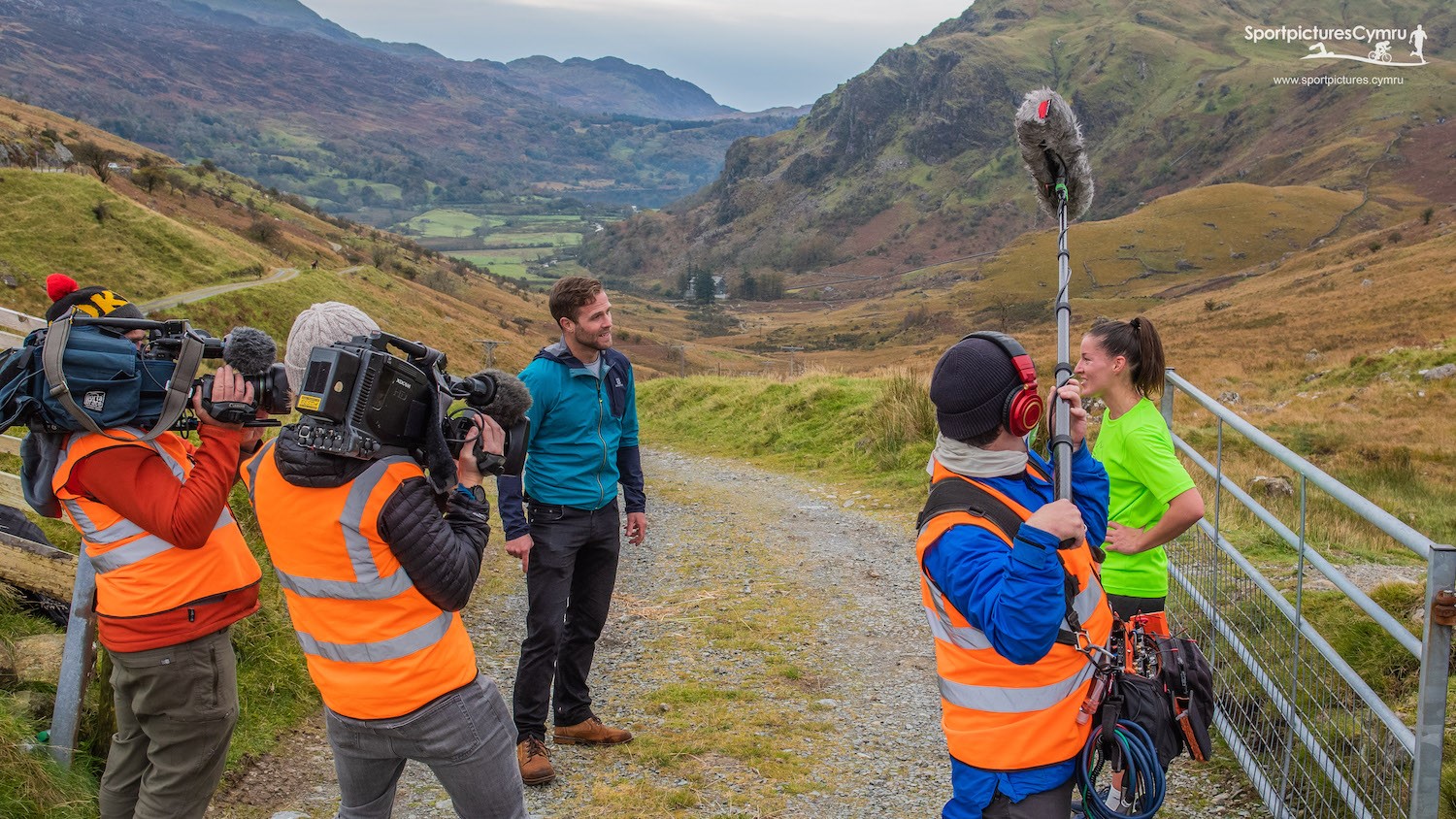 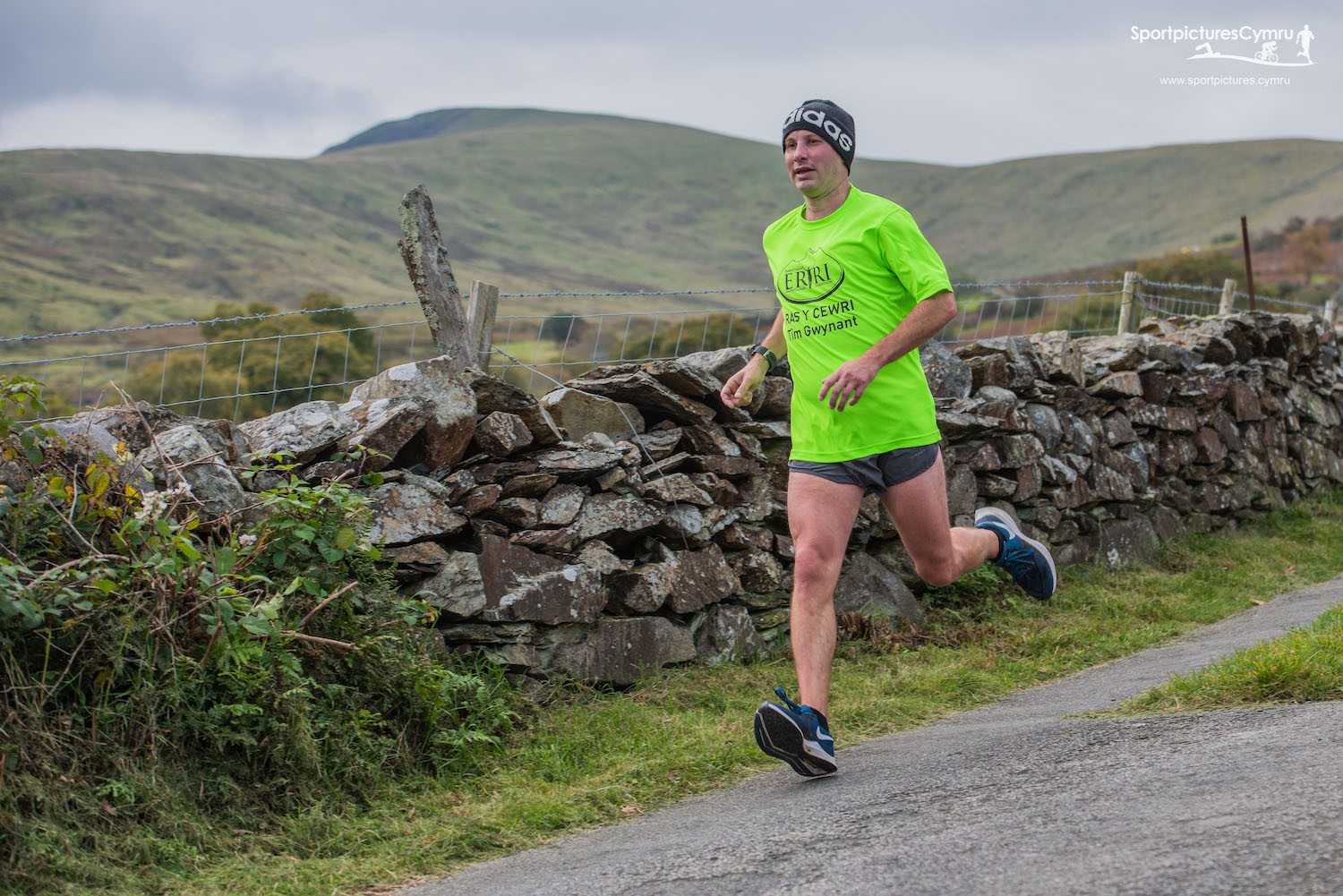 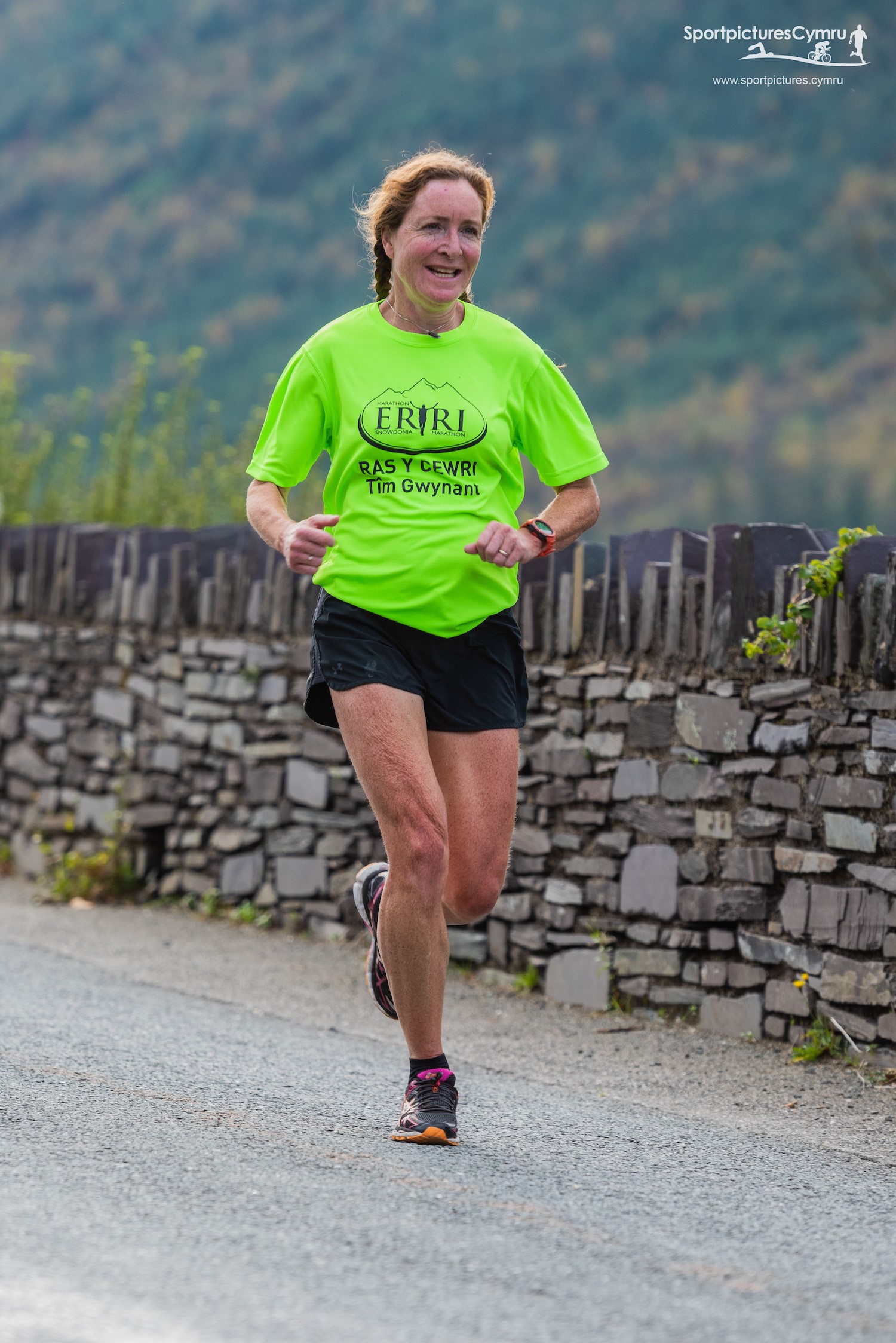 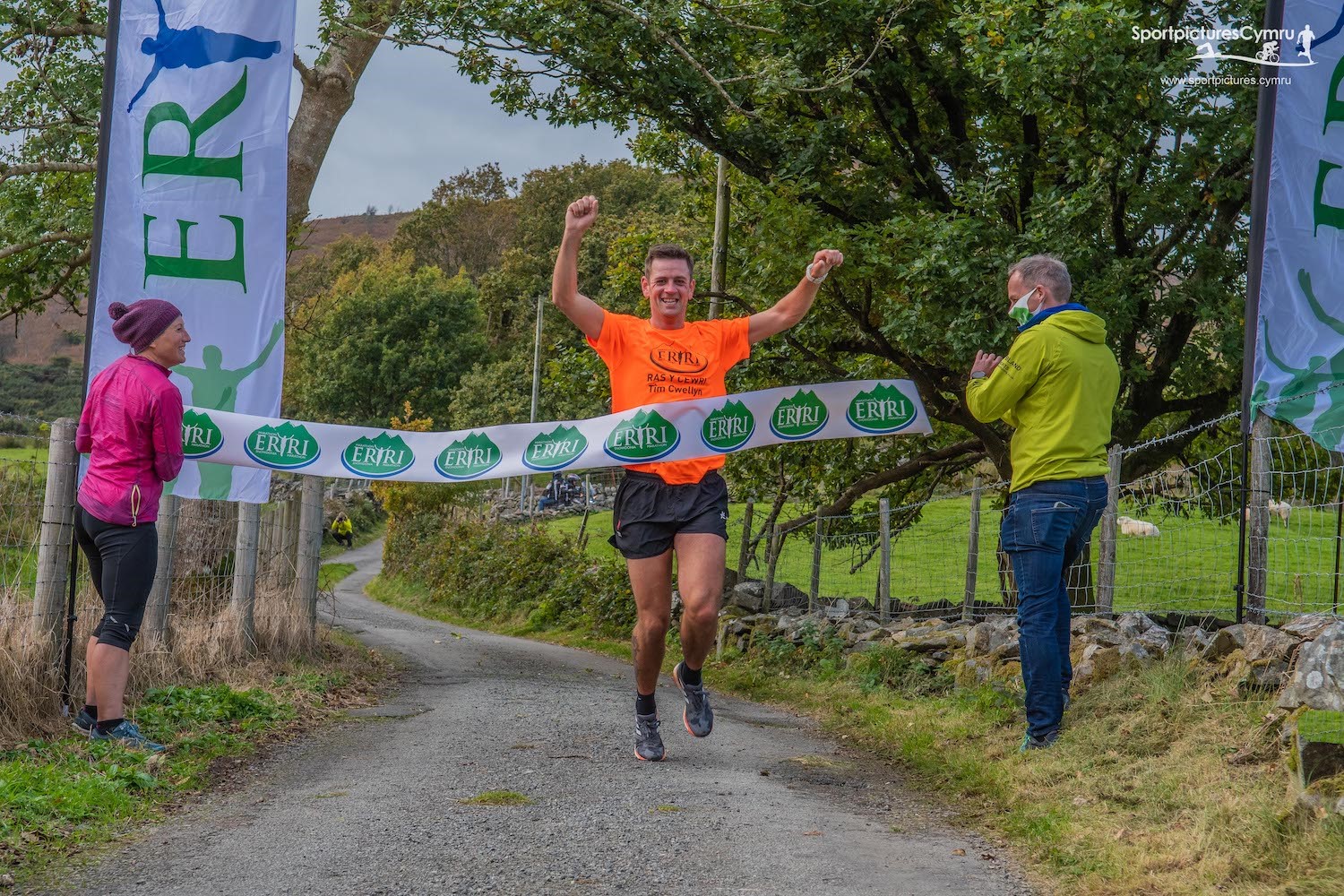