Hello my name is Daniel Mckerlich. I am 20 years old and have learning difficulties, ADHD, Dyspraxia and hearing loss. I went to Bryn Deri primary school and Radyr Comprehensive high school where I got lot of support for my special needs.  I am also classified as a T20/ll1.

How I started athletics

I first started doing athletics when my school team entered me for the 300m race on sports day, I won the race and my school then selected me and two other people to go and watch the London Paralympics 2012. After the Paralympics I went down to my local athletics Club (Cardiff Athletics). When I first joined the club, I was in a general group covering all disciplines. In 2013 I joined a sprinting group, which was the first event I tried. Later on, in that year I got asked to do my first race walking event where I went on and won the race, I automatically grew fond of the event. I completed a few more race-walking events throughout that season.

Over the next few years, I did a range of distances from 1km to 10km. As an under 17 I had to do 5kms in all the championship race walking events. As an under 20 In major race-walking event I have had to compete in 10km race walking.  The older you get the longer the distance gets. Last season I was both welsh under 20’s champion and welsh senior champion. I am also ranked number 1 T20 race walker in the UK and Number one senior race walker in wales able bodied.

How I got into officiating.

I initially started officiating on the track so I would not get bored once I had competed in my event as I had to wait for my dad to finish officiating. I attended my level 1 course shortly before my 16th birthday.  I knew I had a lot to learn so I took advice of the top officials in Wales. It was obvious that unless volunteers offered to help many competitions would struggle to run.  I continued to gain experience in track judging at all levels of competition throughout Wales. When I turned 16, I handed in my paper work for my level 1 as I had gained enough experiences. I continued to gain more experience in track judging so as I could put in for my level 2.  After gaining my level 2 qualification I started travelling the country with my club Cardiff Athletics. When I was travelling with the women’s team, I was persuaded by the women’s team manager to give timekeeping a go. After doing enough meetings for my level 1 timekeeping, I booked onto a course with Brian Alvey, I attended the course and then handed in my paperwork and became a level 1 timekeeper.

My forte is in track judging as I didn’t have quick enough reaction time to time keep a high level.  My race-walking coach who is also an official persuaded me to go on the next available level 1 race-walking course. I  judge race-walking at local level and the junior Welsh Championships. I know I will not become a very highly qualified race-walk judge as I compete in most of the big races. 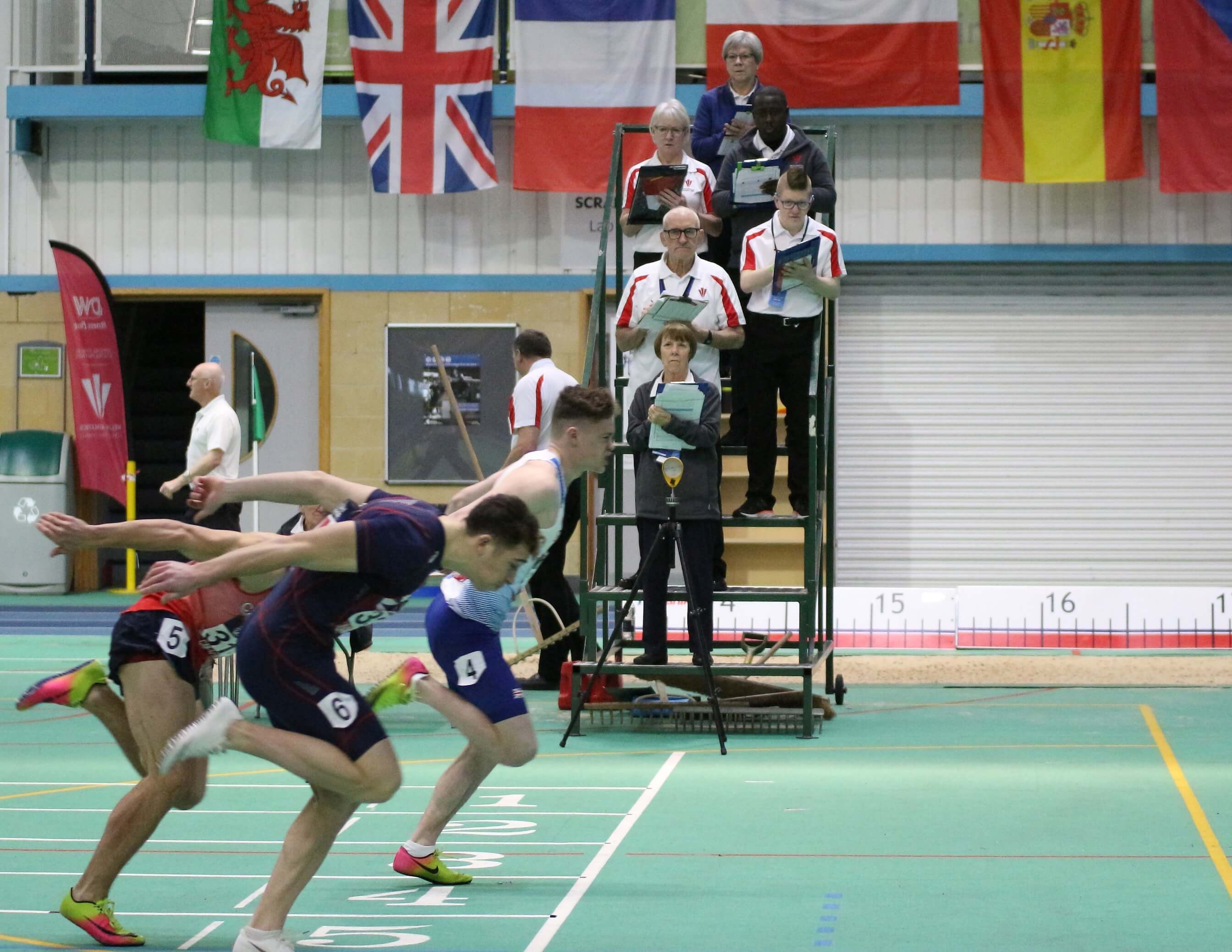 In 2018 I handed in my paper work for my level 3 track judge. To gain this you need to have a report done on you by another official. I had my report done by Lina Turner who was track referee at the London 2012 Olympics.

I have made lots of friends whilst officiating around the country.  I will continue to officiate for many more years.  Each year I do about 30 plus meeting for club and Welsh Athletics. One day I hope to gain my level 4 and judge at many big meetings.

Useful pages within this section you may like to condsider visiting.